North Carolina is home to many famous people from movie stars to singers to athletes to historical figures.

If you compare this list to others, you’ll find the criteria removed quite a few people. That doesn’t mean they aren’t true North Carolinians. It’s just a fun way to learn more about our famous residents.

I even added an Honorable Mention because one person needed to be on this list despite the criteria.

Read on for famous North Carolinians.

North Carolina has no shortage of talented actors. Several movies and television shows have been filmed in the state, strengthening our ties to the industry. You may be surprised by a few names on the list.

Smithfield is home to the Ava Gardner Museum which sponsors an annual festival in her honor.

Known for: Hollywood actress known for her role as Kitty Collins in “The Killers”.

Known for: He has many films under his belt but may be most recognizable as Mayor Larry Vaughn in “Jaws”.

Mount Airy was used as the inspiration for Mayberry in The Andy Griffith Show.

Known for: Sheriff Andy in “The Andy Griffith Show”.

Born Milton Supman January 8, 1926, in Franklinton, NC. His father passed away when Sales was five and the family moved to Huntington, West Virginia.

Known for: Best known for his children’s television series, “Lunch with Soupy Sales”.

Known for: Best known for her role as Calleigh Duquesne in “CSI Miami”.

Known for: A staple in Hollywood, Zach is best known for his role as Alan Garner in “The Hangover”.

Known for: Best known for her role as Melody “Mellie” Grant in the TV show “Scandal”.

Born February 1, 1972, in Raleigh, NC.  He graduated from Ravenscroft School, a private school for elementary through High School students.

Known for: Hall has an impressive resume of TV, film, and theatre, but is most recognized as Dexter Morgan in “Dexter”.

Known for: Best known for her role as Jill Kendall in the TV show “Mom”.

Known for: Wood is an in-demand actress who fans may know best as Dolores Abernathy in HBO’s “Westworld”.

Known for: Sanders may be best known for his role as Kyle Anderson on the TV show “Last Man Standing”.

Besides being a hotbed for American Idol winners, North Carolina has a strong history in Bluegrass and Country Music.

Born Arthel Lane Watson on March 3, 1923, in Deep Gap, NC. He lost his eyesight at the age of 2 and attended the Governor Morehead School in Raleigh, NC.

Known for: Doc was known for his flatpick work and is credited as an influential figure during the folk music revival.

Known for: Coltrane was a jazz saxophonist, composer, and bandleader known as one of the most influential figures in the history of jazz.

Born Eunice Kathleen Waymon on February 21, 1933, in Tryon, NC. She attended the Allen High School for Girls in Asheville, NC.

Known for: A civil rights activist, singer, pianist, and songwriter, her most recognizable song may be “I Put a Spell on You”.

Born October 28, 1936, in Wilmington, NC. His family moved to Gulf, NC (in Chatham County when he was a teenager.

Known for: A prolific singer and songwriter, most fans will recognize Daniels’ “The Devil Went Down to Georgia”.

Known for: King is the singer and co-composer of “Stand by Me”.

Born January 16, 1943, in Robbinsville, NC. He was sent to the Governor Morehead School for the blind in Raleigh, NC at the age of 5.

Known for: Milsap was one of the most influential country artists in the 70s and 80s. Most authorities list his most acclaimed hit as “It Was Almost Like a Song”.

Known for: An active country and gospel music singer, songwriter, and guitarist, Travis’ most famous song may be “Forever and Ever, Amen”.

Known for: As a member of Ben Folds Five, the hit song “Brick” is arguably a song most people will remember.

Known for: Church’s career has taken off with his more recent hits being “Hell of a View,” and “Springsteen”.

Known for: Aiken is most known for his second-place finish on season two of American Idol. He has remained an active musician, TV and film actor, and appeared on Broadway. Recently, he’s expressed interest in entering the political arena.

Known for: After his fourth-place finish on Season five of American Idol, Daughtry formed a band with his name. He’s considered the third most successful American Idol alumni in terms of record sales.

Known for: The winner of American Idol’s third season, Barrino remains an active singer and actor. She’s starred in films, Broadway plays, and won a Grammy.

Known for: Finishing sixth on season five of American Idol, Pickler used the platform to grow her singing career. She also stars in the “I Love Kellie Pickler” TV show and had a brief talk show, “Pickler & Ben”.

Known for: With an impressive country music resume, Combs is just getting started. While he has many songs to choose from, many fans can relate to “When it Rains it Pours”.

Known for: McCreery won season ten of American Idol and has been releasing top country songs ever since. While he may have bigger hits, since this is a list of “People From North Carolina,” I’m going to pick “Carolina to Me” as his best song. But “You Time” may be more well known.

North Carolina is home to two US Presidents. Technically, some people add President Andrew Jackson to this list, however, it’s unclear if he was born in North or South Carolina. Regardless, it’s clear the family was living in South Carolina before he was a year old.

Known for: Polk became the eleventh President of the United States in 1844.

Known for: Johnson became the seventeenth President of the United States in 1865 after the assassination of Abraham Lincoln.

This is the section that can get out of hand fast. I’m sure there are many other notable sports players not listed here. That doesn’t diminish their impact to North Carolina or their sports.

Known for: A first baseman in the Negro League Baseball, Leonard was inducted into the Baseball Hall of Fame in 1972.

Known for: Slaughter was a right fielder noted for his time playing for the St. Louis Cardinals.

Known for: Sifford was the first African American to play on the PGA Tour. He won multiple conferences including the Greater Hartford Open, the Los Angeles Open, and the PGA Seniors’ Championship. He was inducted into the World Golf Hall of Fame in 2004.

Known for: Lemon may just be the greatest baseball player of all time playing for the Harlem Globetrotters. He was also an ordained minister and ran Meadowlark Lemon Ministries which opened in 1994.

Known for: Jurgensen played football for the Philadelphia Eagles and Washington Redskins. He’s known as the finest “pure passer” of his time.

Known for: A member of the Harlem Globetrotters basketball team, Neal was recognizable thanks to his shaved head. He was the team’s featured ballhandler, which was a key role for their exhibitions.

Known for: Hunter was a pitcher for Kansas City and New York Yankees. He was inducted into the Baseball Hall of Fame in 1987.

Known for: McMillan competed in the Long Jump at the 1976 Summer Olympics in Canada. She was inducted into the National Track and Field Hall of Fame in 2021.

Thanks to the North Carolina mountains being well-known for their moonshine stills during prohibition, it’s no surprise that NASCAR has deep roots here. What else were the crazy drivers taking steep and curvy mountain roads at high speed with no lights supposed to do when prohibition ended?

You can find one of the original dirt NASCAR tracks from the inaugural 1949 season in Hillsborough, NC.

Known for: Petty raced stock cars during the 1950s and 1960s. He was the first three-time Cup champion.

Known for: Petty was the first driver to win the Cup Series championship seven times. He won 200 races during his career including seven times at the Daytona 500.

Known for: Earnhardt Sr. ties with Petty and Jimmie Johnson for earning seven Winston Cup championships. He died in a sudden crash during the Daytona 500 in 2001, a race where his son was also competing.

Known for: Jarrett is best known for winning the Daytona 500 three times. He replaced Rusty Wallace as the ESPN lead racing analyst in 2008, then moved to NBC Broadcasting in 2015.

Known for: Earnhardt Jr. has won the Daytona 500 twice and the Most Popular Driver Award fifteen consecutive times.

The University of North Carolina at Chapel Hill has one of the best journalism programs in the United States. It’s little wonder that two of the most well-known journalists are not only from North Carolina but also graduates from UNC-Chapel Hill.

Known for: Brinkley was a well-known newscaster for NBC and ABC from 1943 to 1997. He has ten Emmy Awards, three Peabody awards, and the Presidential Medal of Freedom.

Known for: Kuralt may be best known for his “On the Road” segments on “The CBS Evening News with Walter Cronkite”. He then anchored the CBS News Sunday Morning for fifteen years. He has two Peabody awards and an Emmy.

While many authors were born in North Carolina, and others moved here later in life, there are three that have always called the state home.

Known for: Porter is known best for his short stories. “The Gift of the Magi” may be his best-known work.

Wolfe may be best known for his first book, “Look Homeward, Angel”. You can learn more about his life at the Thomas Wolfe Memorial in Asheville, NC. The Memorial is the third stop on the Hop On/Hop Off Trolley.

Known for: Maron is known for the Judge Deborah Knott series of novels set in the south.

Other People of Note

Known for: Graham is an evangelist and Southern Baptist minister. He is known for his large, televised rallies and sermons.

Born February 17, 1963, in Brooklyn, NY. Jordan’s family moved to Wilmington, NC in 1968. You can say that Michael grew up in North Carolina. Besides being known as a basketball great, he’s done a lot for our state.

Welcome to Exploration Solo. I am Alison and I created this site to encourage everyone to get out and explore the world. Travel can be global, local, or even a weekend in a tent at a state park. Just get out there!

Backpacking Lists for Every Season 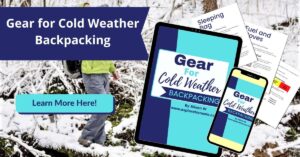